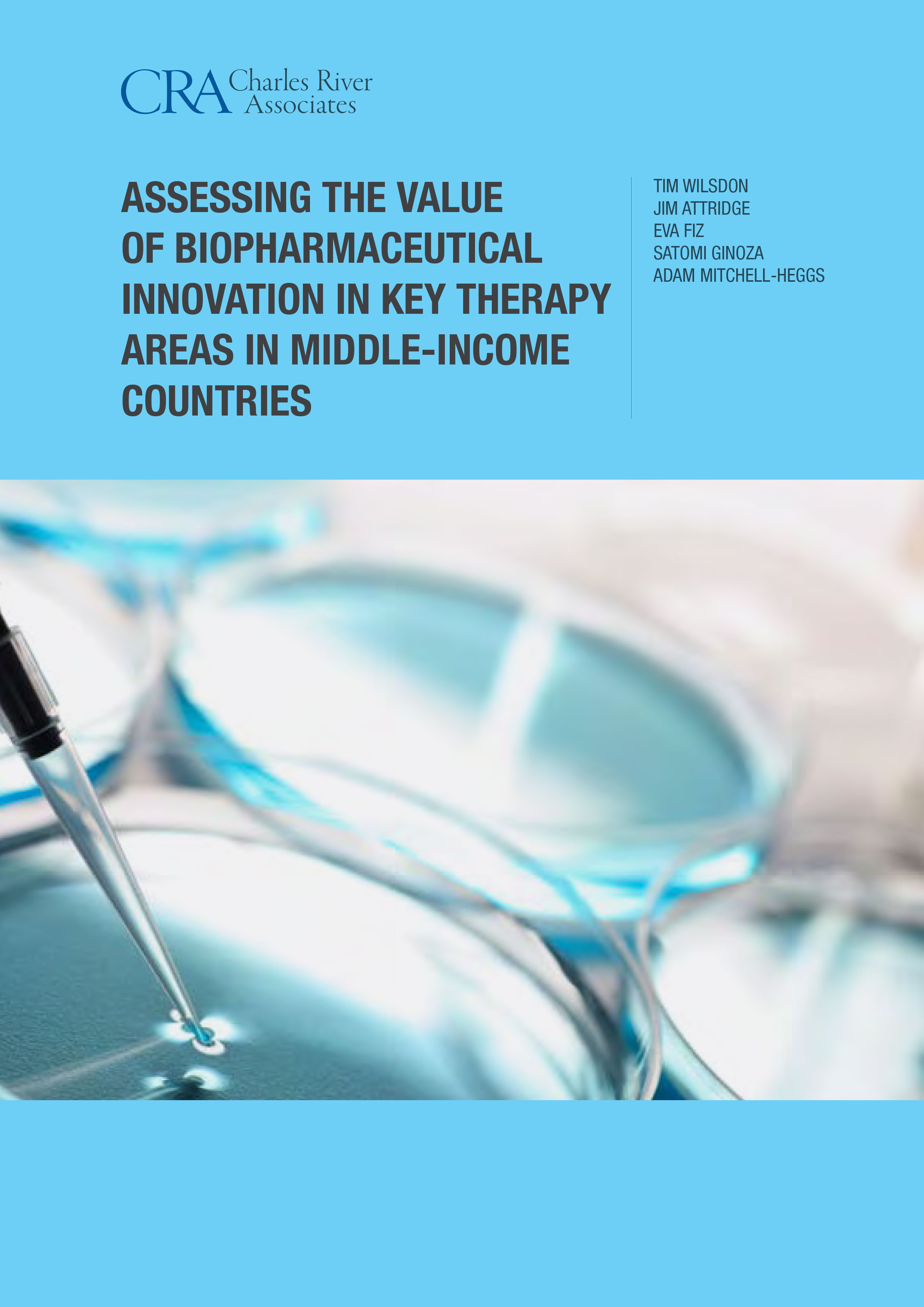 Geneva, 29 January 2014 −An independent study conducted by Charles River Associates (CRA) demonstrates that there is clear evidence that innovative medicines have delivered significant value by reducing healthcare costs and benefitting both patients and wider society. However, there remains enormous untapped potential of adopting innovative medicines more widely in middle-income countries (MICs). This can be achieved by national prioritization, investments in healthcare infrastructure and building better epidemiological and cost databases for effective evaluation of therapies.

The study, Assessing the Value of Biopharmaceutical Innovation in Key Therapy Areas in Middle Income Countries, was commissioned by the IFPMA and examined the value of innovation in five key therapy areas: coronary heart disease (CHD), depression, diabetes, HIV/AIDS, and rotavirus infection.

In the case of rotavirus, the most common cause of severe diarrhoea among children in both industrialized and developing countries, Tim Wilsdon, CRA Vice President, said, “We compared the value that two recently-launched vaccines yielded in Brazil and Australia. The major benefit seen in both countries was a direct drop in hospitalization costs, but in Brazil we also witnessed a major decline in related mortality rates. So obviously both benefitted from these innovations, but given the nature of the disease burden the added value was greater for Brazil.”

Commenting on the study findings, Eduardo Pisani, IFPMA Director General, added that “We now have evidence that in MICs innovative therapies have the potential to create significant value that goes far beyond pricing and reimbursement. Both the social and economic benefits should be taken into account in any calculation of value.”

Pisani added, “If we look closer to coronary heart disease which is by the way the leading cause of premature death and disability for MICs, so far only Brazil, India and China have included cardiovascular diseases within their national plans to fight against non-communicable diseases initiated three years ago. The impact is there, yet we see a significant opportunity for more health gains, from the widespread deployment of these new medicines, than ever before.”

The study highlights that new therapies are now available but they still need to be adopted more widely. To maximize their value and extend them to broader outreach, countries must first ensure availability of adequate resources. They should also engage in country-specific data collection on epidemiology, and strengthen their health systems to more accurately guide policy and the implementation of programmes for both communicable and non-communicable diseases.