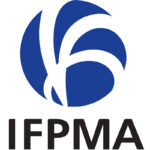 A new IFPMA study 1 , announced today at the “Options for the Control of Influenza VII” conference in Hong Kong, shows that global vaccine coverage remains uneven and low overall, despite total distribution of seasonal influenza vaccines nearly doubling over the last six years.

The study, which surveyed IFPMA influenza vaccine company members 2 , found that less than one in three countries receives sufficient vaccine to immunize 10% of its inhabitants, although the number of seasonal influenza vaccine doses distributed annually worldwide between 2004 and 2009 grew from 262 million to 449 million, an increase of 72%.

“Seasonal influenza continues to represent a major threat to public health, so the increases in vaccine provision revealed by this IFPMA study are highly encouraging,” said Dr. Kristin Nichol, Professor of Medicine at the University of Minnesota and influenza policy consultant. “It is essential that governments continue to increase vaccine coverage, because the study results also show that uptake remains low in many countries. This is despite the WHO setting a goal for immunization programs to reach at least 75% of the elderly by 2010.”

Growth in influenza vaccine distribution was concentrated in Europe and the Americas, which account for some 75% of global demand. Individual countries showing strong increases in distribution included: Brazil, China, Colombia, France, Germany, Italy, Japan, Mexico, the Netherlands, Spain, Thailand and the UK.

According to the study, vaccine demand does not depend entirely on national income levels, as several wealthy countries had distribution levels below those of less developed nations.