September is World Alzheimer’s Month, an international campaign to challenge the stigma that surrounds dementia, a disease that affects almost 150,000 people in Switzerland. It is the third most frequent cause of death in the country, costing over CHF 7 billion a year – and as many as 400,000 predominantly elderly Swiss people may live with it by 2040.

More than 27,000 Swiss are newly diagnosed with dementia every year (1,500 of them in the Canton of Geneva) yet half of the people with this disease are never formally diagnosed. They rely on tens of thousands of family members and friends to help them cope with a disease whose cause remains a mystery.

One of the best-known types of dementia is Alzheimer’s disease. It was discovered more than a century ago by an eponymous German neuropathologist and is the only cause of death among the top ten diseases globally that cannot be cured or treated effectively despite extensive research. Despite ongoing efforts – as many as 123 potential drugs for combatting the disease were halted in clinical trials between 1998 and 2014 – only five are approved. What’s more, diagnosis is difficult and clinical trials are hard to organise.

One crucial answer to these challenges is to join forces. There are more and more collaborations around the world aimed at overcoming the huge challenge that dementia poses to us all. As a result, today, there are now 77 treatments being tested in the clinical development phase that could delay the onset of the disease.

But for those of us who have been closely involved in finding solutions to Alzheimer’s and for those facing a diagnosis of this disease, the whole process seems to be like that of Sisyphus – doomed for eternity to roll a boulder up a hill only for it to roll back down as he nears the top. While we wait for a major breakthrough in treating Alzheimer’s, we need to take political steps to encourage earlier diagnosis, since this allows treatments to begin as early as possible; and we also need to support lifestyle and care-based programs that prevent cognitive decline before treatment is needed.

As many as two out of every three people globally believe there is little or no understanding of dementia in their countries. The misinformation that surrounds it remains a global problem, requiring global action. Worldwide, there is one new case of dementia every three seconds; it occurs in every country. 1 in 20 people over the age of 65 live with dementia and 1 in 5 over the age of 80. As of 2017, worldwide there are an estimated 50 million people with dementia and this number is expected to rise to 131.5 million by 2050.

Dementia costs are estimated to be as much as $ 800bn globally a year, rising to perhaps $ 1 trillion next year. High-income countries such as Switzerland, with the highest life expectancy in Europe, are hit hard because of their ageing populations, as ageing is a key risk factor of dementia. As many as 68 per cent of people with dementia will be in low- and middle-income countries by 2050, prompting the World Health Assembly to adopt this year a global plan for 2017-2025 for governments to combat dementia.

So, on 21 September, World Alzheimer’s Day, we will be urging nations around the world to take action to reduce the risk of developing dementia – with Indonesia among those showing the way by lighting its national monument in the colours of the local dementia organisation. We want to spread awareness about the disease, and about the need for earlier diagnosis. The world day is also about raising greater awareness around the fact that we can also help ourselves by staying fit. We should reduce our weight and cut down on alcohol (maybe one glass of red wine a day), keep our brains working, enjoy (yes, enjoy) social interactions –stop smoking, getting stressed and, sorry, cut down on sweet treats.

Today we seem to be with dementia where we were with cancer 30 years ago. Now we hear of potential cancer cures regularly. Now too we need a radical rethink on dementia. Governments need to act, devoting more resources to research. ADI urges that one percent of dementia’s global cost must be dedicated to public funding for research to find solutions and this is a valid plea. We have a once-in-a-lifetime opportunity to dramatically change our views on dementia from fear and inaction to fighting back, inclusion and support. 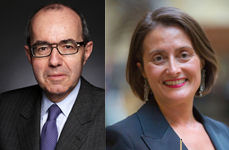 An abridged version of this article was published in Le Temps.