IMMUNIZATION AND PREVENTION: A LIFE-COURSE APPROACH
FOR A HEALTHY AND PRODUCTIVE AGEING POPULATION
ON THE OCCASION OF THE 70TH WORLD HEALTH ASSEMBLY
WE CORDIALLY INVITE YOU TO PARTICIPATE IN OUR RECEPTION
THURSDAY 25TH MAY 2017, 18:00-21:00
INTERCONTINENTAL HOTEL, GENEVA, CHEMIN DU PETIT-SACONNEX, 9
MODERATOR: ZEINAB BADAWI, BBC WORLD NEWS AND HARD TALK PRESENTER

We are bringing together industry leaders, senior policymakers, and representations
from the diplomatic community, as well as key global health stakeholders
attending the World Health Assembly, an expert panel will discuss immunization
and prevention, exploring how a life-course approach can contribute
to a healthy and productive population. With the number of people aged 65
or older expected to triple to 1.5 billion by 2050, this is an increasing priority
for policymakers and an issue that requires urgent progress.

ON THE MENU, PERSPECTIVES FROM:

• Dr John Beard, Director Ageing and Life Course Dept, World Health Organization
The challenge of healthcare for an ageing population and the need for action

Zeinab was born in Sudan – and moved to London at two. She has a BA Hons in Politics and Economics from Oxford University and a History MA in from London University awarded with a distinction. She has two honorary doctorates.
Zeinab is an award winning broadcaster and has extensive experience including on programmes like the BBC’s Hardtalk and Global Questions. She’s producing a History of Africa series. She sits on several public bodies and is Chair of the Royal African Society.

Dr. Rajeev Venkayya joined Takeda in 2012 to launch the global vaccine business. Prior to Takeda, Dr. Venkayya served as Director of Vaccine Delivery in the Global Health Program at the Bill & Melinda Gates Foundation, where he was responsible for the Foundation’s efforts in polio eradication and new vaccine introduction, and a grant portfolio of $500M/year. While at the foundation, he served on the Board of the Global Alliance for Vaccines and Immunization (GAVI). Dr. Venkayya was previously the Special Assistant to the President for Biodefense at the White House. In this capacity.

Dr. Venkayya served as an Assistant Professor of Medicine in the Division of Pulmonary and Critical Care Medicine at the University of California, San Francisco. He also served as co-director of the Medical Intensive Care Unit and Director of the High-Risk Asthma Clinic at San Francisco General Hospital.

Dr. Venkayya was a resident and Chief Medical Resident in internal medicine at the University of Michigan in the U. S. He completed his undergraduate and medical school education in the B.S./M.D. program at the Northeast Ohio Universities College of Medicine in the U.S., where he was inducted into the Alpha Omega Alpha honorary medical society. 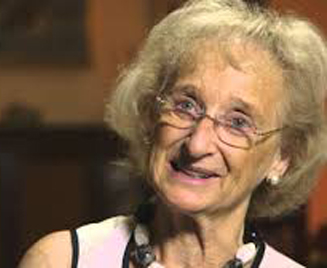 Sally is Chief Executive of the International Longevity Centre – UK; Co-President of the ILC Global Alliance; and was a Commissioner for the Equality and Human Rights Commission from 2006-12.

Baroness Greengross was Director General of Age Concern England from 1987 until 2000. Until 2000, she was joint Chair of the Age Concern Institute of Gerontology at Kings College London, and Secretary General of Eurolink Age. She is an Ambassador for Alzheimer’s Society, SilverLine and HelpAge International.

Her work on ageing has been recognised by the UN Committee on Ageing and she received an outstanding achievement award from the British Society of Gerontology as well a British Geriatric Society Medal. Sally was UK Woman of Europe in 1990 and has been an Ambassador for the Prince of Wales supporting responsible business practice. 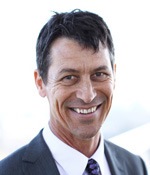 Dr John Beard was born in Australia and holds an MD from the University of Adelaide and a PhD from the University of Sydney. John has been Director of WHO’s Department of Ageing and Life Course since January 2009, holding the additional position of WHO of Director (a.i.), Department of Gender, Women and Health from 2010 to 2012. He was a lead writer and editor of the first World report on ageing and health (2015), and oversaw the development of the Global strategy and action plan on ageing and health, adopted by WHO Member States in May 2016. In 2010, he launched the Global Network of Age-friendly Cities and Communities.

John initially worked as a physician in South Africa, the UK, and rural Australia, including several years as medical officer for a community controlled Aboriginal Medical Service. He subsequently held a range of senior public health and academic roles in Australia and the USA, including as the founding head of the University of Sydney’s Department of Rural Health, Manager of Public Health for the Sydney 2000 Olympic Games, and Senior Epidemiologist with the New York Academy of Medicine. He works closely with the World Economic Forum and is a past chair of their Global Agenda Council on Ageing and a current member of the Global Council on the Future of Human Enhancement. John remains actively involved in several large international research studies on ageing and he has published widely in the international literature. 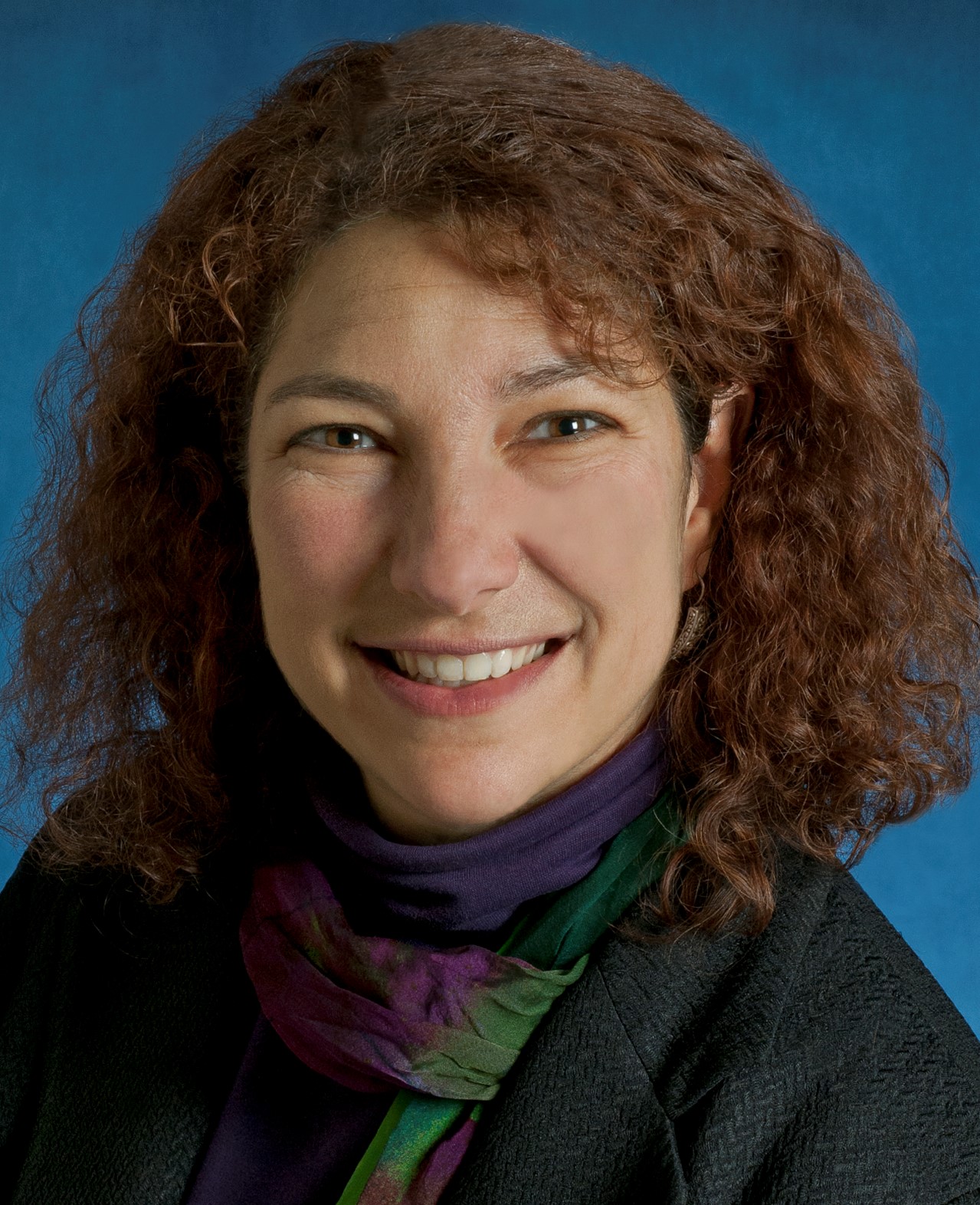 Lois Privor-Dumm is the Director of Policy, Advocacy and Communications at the International Vaccine Access Center (IVAC) at the Johns Hopkins Bloomberg School of Public Health. Her team focuses on the translation of evidence to policy to facilitate vaccine decision making and support advocacy in low- and middle-income countries, including India, Nigeria, and Pakistan. For nearly ten years, she has worked with stakeholders in India to synthesize and communicate evidence to build public and political support, as well as expert capacity for new vaccine advocacy and policy making. She has trained hundreds of pediatricians and public health professionals in multiple countries to build their skills in advocating for pneumonia and diarrhea prevention.

Previously, Lois was the Director of Access and Implementation for Gavi’s PneumoADIP and Director of Communications and Strategy for the Hib Initiative, both based at Johns Hopkins and with the mission of accelerating vaccine introduction to reduce serious childhood diseases. She joined Johns Hopkins in 2005, after spending eighteen years working in various industry positions. She led a team that introduced Wyeth’s (now Pfizer) Prevnar® pneumococcal conjugate vaccine in the U.S. and in other countries. Lois’s experience spans many regions around the world, including the U.S., Latin America, Europe, the Middle East, and Africa.

Lois holds a Master’s degree in International Business Studies (now IMBA) from the University of South Carolina, studied European politics and French in Louvain-la-Neuve and completed her internship at Merck Sharp & Dohme in Brussels, Belgium.