In the lead up to the High Level Meeting on Tuberculosis on 26 September in NYC during the UNGA High level week, under the sponsorship of Japan, the World Health Organization, the Stop TB Partnership, TBpeople, the World Health Summit, the IFRC, and IFPMA, will join with Permanent Missions to ensure that people affected by TB remain at the center of discussions.
The event will officially launch “You and Tuberculosis”, an IFRC-sponsored publication written by and for TB patients around the world. The publication features illustrations by a Russian TB survivor Paulina Siniatkina along with many TB survivors’ accounts depicting the pain and grief they each feel as they go through the uncertainty surrounding their disease. 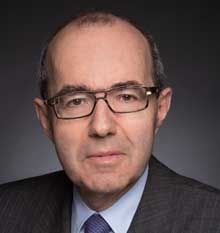 Thomas B. Cueni was appointed Director General of IFPMA on 1 February 2017. Prior to joining IFPMA he was Secretary General of Interpharma, the association of pharmaceutical research companies in Switzerland.

For many years Thomas Cueni has been involved in the work of the European Federation of Pharmaceutical Industries and Associations, EFPIA, where he most recently served as Vice-Chair of the European Markets Committee and association representative on the Board. He represented the industry on the EU High Level Pharmaceutical Forum, was Chairman of EFPIA’s Economic and Social Policy Committee and Chairman of the EFPIA Task Force on the EU Commission’s Pharmaceutical Sector Inquiry. Thomas also represented Interpharma, which he successfully transformed from the association of Swiss Rx companies to the association of pharmaceutical research companies in Switzerland, on the Council of IFPMA.

Prior to his appointment with Interpharma, Thomas Cueni had a career as a journalist, inter alia as London correspondent for the “Basler Zeitung” and “Der Bund”, and he served as a Swiss career diplomat with postings in Paris (OECD) and Vienna (IAEA, UNIDO). He studied at the University of Basle, the London School of Economics, and the Geneva Graduate Institute for International Studies, and has Master degrees in economics (University of Basel) and politics (London School of Economics, LSE). Greg Perry joined IFPMA on 1st February 2018, and has responsibility for IFPMA’s external outreach and stakeholder engagement in global health topics including innovation, access, and the international regulatory environment. Greg Perry brought with him more than 20 years’ leadership and advocacy experience in the public healthcare arena.

Prior to joining IFPMA, Greg worked as Executive Director of the Medicines Patent Pool, which he joined in 2013 and as Director General of the European Generic Medicines Association (1999 – 2013) in Brussels. Previously he worked as a partner in a UK public affairs company as a European Union policy advisor to corporate and non-governmental organizations, and before that as a Parliamentary Advisor to Members of the European Parliament.

Greg is a Member of the Advisory Council of the Organization for Professionals in Regulatory Affairs (TOPRA) and is a former member of the Standing Advisory Committee before the European Patent Office (SACEPO). Greg also holds the Golden Cross of Merit of the Republic of Poland.

Ilona Kickbusch is the Director of the Global Health Centre and adjunct professor at the Graduate Institute of International and Development Studies in Geneva. She has been deeply involved in the development of the Health 2020 European health policy framework. She was a member of the independent Ebola interim assessment panel of the WHO. She has recently been awarded the Cross of the Order of Merit of the Federal Republic of Germany (Bundesverdienstkreuz) in recognition of her invaluable contributions to innovation in governance for global health and global health diplomacy. She is a senior advisor to the Regional Directors of the WHO Regional Offices for Europe and the Eastern Mediterranean and has advised many countries on their global health strategies.

In Switzerland she serves on the executive board of the Careum Foundation and on the expert panel advising the Federal Councillor responsible for health. She has contributed to innovation in health in many ways throughout her career and has a strong commitment to the empowerment of women. She has worked with the WHO at various levels and in academia as professor at Yale University. She has published widely and has received many prizes for her work.

Her key areas of work relate to Global Health Governance, Health Security, Public Health, Health Promotion, Health Literacy and Health in All Policies. Details and updates can be found on her Website: www.ilonakickbusch.com and on wikipedia. You can follow her on twitter @IlonaKickbusch 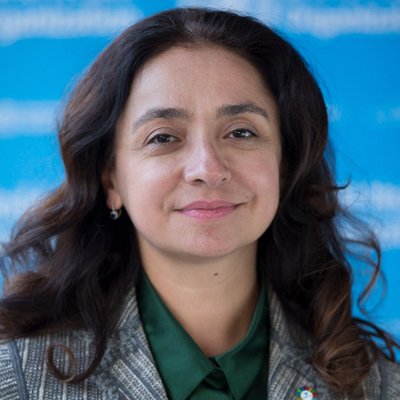 Dr Tereza Kasaeva was appointed Director of the Global Tuberculosis (TB) Programme in the Communicable Diseases Cluster on 18 December 2017.

As Director of the WHO Global TB Programme, she is responsible for setting norms, policies and standards on global TB prevention, control and care including on tackling drug resistance, coordinating technical support, monitoring the global situation, developing innovative interventions through translation of new evidence into policies & practice, promoting research & development and through addressing system challenges such as community and private sector engagement.
Dr Kasaeva was previously the Deputy Director of the Department of Medical Care in the Ministry of Health of the Russian Federation.  In this role, she conceived the concept of, and co-led the organisation of the First WHO Global Ministerial Conference on Ending TB in the Sustainable Development Era which took place on 16-17 November 2017 in Moscow. This landmark event brought together 75 Ministers of Health and other sectors from 120 country delegations overall, among over 1000 participants including civil society, partners, academia and the corporate sector. The Moscow Declaration to End TB, adopted at the conference, includes commitments and calls to action to accelerate efforts to end the TB epidemic, and will inform Heads-of-State participating in the first-ever United Nations General Assembly high-level meeting on TB in 2018. She also co-led efforts among BRICS Member States to set up and launch the BRICS TB Research Network to advance collaboration, mobilize resources and catalyze TB R&D.
As a leading health expert, Dr Kasaeva has over 25 years of experience in public health, with over ten years at the Ministry of Health of the Russian Federation. She has worked closely with numerous stakeholders including Member States, civil society, as well as national and international partners. For the past decade, she coordinated the national TB programme in the Russian Federation. She facilitated and directed the cooperation between former Soviet Union countries, EUROZEU, BRICS and other countries on problems related to TB, HIV and migration. Since 2013, she has been the co-chair of the Secretariat of the High-Level Working Group of the Russian Ministry of Health and WHO on TB. In 2017, she was a member of the WHO Strategic and Technical Advisory Group for TB (STAG-TB). In addition, Dr Kasaeva has been instrumental in leading efforts to, modernize the health system in the country, prevent and control socially significant diseases, as well as promote outpatient care for TB patients.
Dr Kasaeva graduated from the North Ossetian State Medical Academy in the Russian Federation in 1992 as a Medical Doctor, and specialized in Cardiology at the same Academy. She has a PhD in Public Health focusing on the perfection of outpatient technologies for the treatment of the TB patients from the I.M. Sechenov First Moscow State Medical University. She also has a Master’s degree in International Relations with a focus on politics and governance from the European Studies Institute in Moscow, Russia. She is certified as a healthcare organization specialist by the Russian Medical Academy of Postgraduate Education. In 2015, she was awarded the prestigious Breastplate “Excellence in Public Health”, and the Honorary Diploma of the Ministry of Health and Social Development of the Russian Federation in 2009. 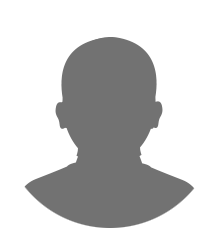 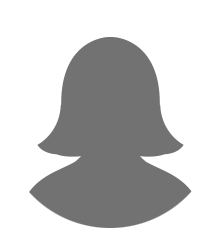 Lucica Ditiu is a Romanian physician and public health expert who has devoted her career to helping and supporting people affected by TB, especially those most vulnerable, most stigmatized and living in impoverished communities.

Lucica Ditiu has led the Stop TB Partnership for the last 7 years. Under her leadership, the organization has gained a clear identity and evolved into a lean, innovative and progressive team that represents one of the strongest advocacy voices on global health and tuberculosis, providing support – financial as well as TB medicines and diagnostics – for a TB response towards a world without TB. A strong believer in innovation, flexibility and change, Dr. Ditiu is relentless in pushing for the inclusion of all people affected by TB, with an ambitious agenda of transparency and accountability that continuously challenges the status quo.

Dr. Ditiu is a specialist in lung diseases and began practicing medicine in 1992 in Romania. She started her international career with the WHO in January 2000 as a medical officer for TB in Albania, Kosovo and Macedonia within the disaster and preparedness unit. She has worked for the past 18 years in the WHO and UN system at every level: national, sub regional, regional and global, and attributes her experience and expertise to delivering results while navigating all sorts of difficulties.

Lucica doesn’t like hierarchy, formal meetings, scripts of speeches and rules.
She wants to end TB in her lifetime, because she will live for many, many years.
Her main motto comes from a Romanian band and is “The day you give up, is the day you die”.
So far, she has not given up.

The Honorable Mark Dybul, MD, is the Faculty Co-Director of the Center for Global Health and Quality and Professor in the Department of Medicine at Georgetown University Medical Center. A well-recognized global health expert and humanitarian, Dr. Dybul served as executive director of the Global Fund to Fight AIDS, Tuberculosis and Malaria, and the U.S. President’s Emergency Plan for AIDS Relief (PEPFAR).

Dr. Dybul served as a HIV research fellow at the National Institute for Allergy and Infectious Diseases (NIAID) under director Dr. Anthony Fauci in the late 1990s. He conducted basic and clinical HIV research at NIAID, and eventually conducted the first randomized, controlled trial with combination antiretroviral therapy with HIV patients in Africa.

He went on to lead President George W. Bush’s International Prevention of Mother and Child HIV initiative for the Department of Health and Human Services (HHS), and in 2006 was named U.S. Global AIDS Coordinator. As U.S. Global AIDS Coordinator, he led the implementation of PEPFAR, a health initiative Dr. Dybul helped create. He later became the inaugural Global Health Fellow of the George W. Bush Institute.