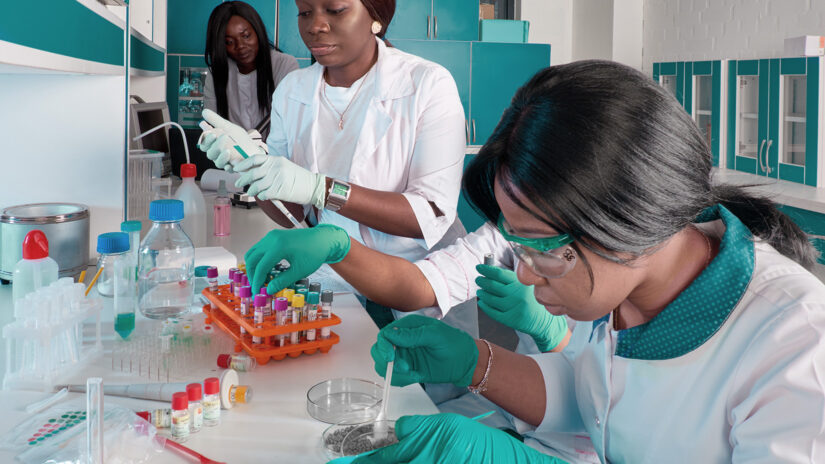 On 19 January, IFPMA and CIOMS convened a webinar with experts on the importance of evolving Regulatory Systems and regulations to support clinical trial conduct as well as alignment to international regulatory standards.

This first webinar focussed on Africa and addressed how collaboration between stakeholders in the clinical research community can build on each other’s expertise, capabilities and capacities and how strengthening clinical research infrastructure can lead to a sustainable ecosystem.

The event was be co-moderated by:

The webinar was held in English, with interpretation in French and Portuguese. 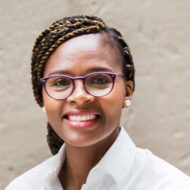 Boitumelo is the CEO of the South African Health Products Regulator. She has a Ph.D. (Biochemistry). Dr Semete’s research career was largely in the area of nanotechnology drug delivery systems for anti-TD drugs. She completed her postdoctoral research at the University of Nottingham and EPFL, Switzerland. She has published as a first author and co-author in scientific publications, review articles and book chapters.
She sits on a number of scientific advisory committees and Board of Directors.

She is also involved a number of thought leadership projects such as the African Union Strategy for Health Research, the East Africa Community Bioeconomy strategy development team and WHO Expert Panel on scaling health Innovations in Africa. She is also a fellow of the African Leadership Initiative. Within the technology innovation space, she was the Executive Director at CSIR Biosciences and prior to that she managed a biotechnology incubator at The Innovation Hub Management Company where she supported the translation of R&D into commercialized products.

She was with McKinsey & Company for 2 years as a McKinsey Leadership Fellow and was also member of the Ministerial Advisory Committee at the National Department of Health. Recently, she has been the recipient of the NSTF science management award and the CMMI excellence in Health Award. 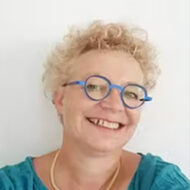 She has 19 years of experience in Regulatory Affairs in providing global regulatory direction through all stages of research and development for worldwide access to medicines. During the last 11 years, Fabienne has developed a strong expertise on new regulatory approaches to improve access to quality medicines for underserved population from Africa, Asia, and Latin America by collaborating with private and public sector. Fabienne, who most recently served as Regulatory Advisor for the European and Developing Countries Clinical Trial Partnerships (EDCTP), has worked for Non-Governmental Organisations (Médecins sans Frontière (MSF), Médecins du Monde (MDM), etc.) in Africa and Asia as field coordinator and administrator. Prior to joing DNDi, Fabienne also worked at Novartis.

Fabienne holds a PhD in cell and molecular biology from the Pierre and Marie Curie University, Paris. She has recently completed a master in public health at the London School of Hygiene and Tropical Medicines. 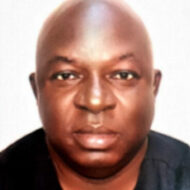 Dr Yakubu has been involved in the review of drug and vaccine information files for licensure. He has also been involved in clinical trial regulation which includes protocol assessments of vaccines (e.g., Ebola, Meningitis, COVID-19, etc.) and therapeutics. He has recommended approvals for many clinical trial applications and conducted many Good Clinical Practice (GCP) Inspections of trial sites.

Dr Yakubu has been representing NAFDAC in the African Vaccine Forum (AVAREF) meetings for over 10 years and has been involved in AVAREF’s joint activities (reviews and inspections) and development of many regulatory guidelines for harmonization. 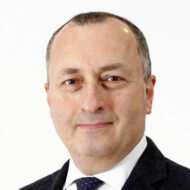 Dr Samvel Azatyan is a Paediatrician with a PhD in clinical pharmacology and medical products regulation. Over his more than 20 years at WHO, he has had a wide range of leadership roles associated with the regulation of medical products, including supporting regulatory collaboration, convergence and harmonization, as well as regulatory capacity building and facilitation of products introduction in the countries.

Dr Azatyan has also led various projects aiming at development of national regulatory systems, as well as the development and implementation of the concept of reliance in regulation of medical products. Dr Azatyan is currently leading the Regulatory Convergence and Networks Team at the WHO’s Headquarters in Geneva, Switzerland. 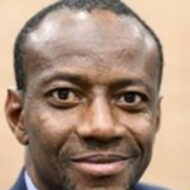 Diadié Maiga is Regional Vaccine Regulation Officer at the WHO Regional Office for Africa. With more than 20 years’ experience, Diadié is an expert in the development, implementation and evaluation of regulatory strategies for pharmaceuticals and national pharmaceutical policies for low and middle-income countries.

Before joining WHO/AFRO, he notably worked many years at the Drug Regulatory Authority of Mali where he held the position of Deputy Director General and served for over two years as the USAID/SIAPS Pharmaceutical Policy Advisor at the Haitian Ministry of Health. Diadié also held the position of Principal Technical Advisor in Pharmaceutical Systems for the USAID/SIAPS Programme in Arlington, USA. 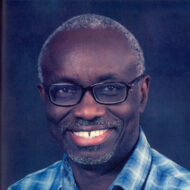 Professor of medical microbiology and tropical medicine, Director of KAVI and former Chair of the Department of Medical Microbiology at University of Nairobi. He has thirty (30) years experience in teaching and research in various aspects of infectious diseases transmission, pathology, treatment, prevention and control.

He has published 166 articles in peer-reviewed scientific journals. He also has 16 years management experience as Deputy Director of an Institute and Chairman of Department at the Univeristy of Nairobi, and 10 years experience in governance as a member and chair of several Boards. A pharmacist by training, Imene is passionate about how Roche can have an impact on its environment. Throughout her career, Imene has had a firm focus on improving health and working toward a future where every African can access world-class healthcare. She is committed to working with stakeholders across the healthcare ecosystem to correct unacceptable inequities in care by strengthening health infrastructure, increasing sustainable funding and enabling access to innovative diagnostics and treatments.

During Imene’s career, sge have worked within a number of positions within different healthcare organizations. Starting in marketing with a local Tunisian pharma company, she had the opportunity to learn about the local market, its challenges and opportunities. She then took a role in pricing and market access with a multinational consultancy company with focus on developed markets that support understanding payers’ needs and how to accelerate access to innovative drugs.

Imene’s  career at Roche began 8 years ago and since then she has held positions in Regulatory affairs, market access and strategic health initiatives before her current role as country manager.

She earned both her Doctor of Pharmacy and Master of Science in Drug Development degrees from Faculté De Pharmacie de Monastir in Tunisia. Zainab Aziz is a qualified pharmacist and holds a Masters Degree in Pharmaceutical Affairs from the University of Witwatersrand, Johannesburg.

She has been working in the pharmaceutical field for close to two decades with experience in hospital, retail, managed health care and industry. She has specialized in Regulatory Affairs practice for the last 12 years and has wide regulatory experience across various regions.

Zainab is currently employed at Novartis as an Associate Director for Regulatory Affairs Policy and Strategic Operations for Sub-Saharan Africa.

She is an active member of the IFPMA Africa Regulatory Network and is involved in several projects covering regulatory harmonization, clinical trials, regulatory capability building, biosimilars and CMC matters.

Zainab has an unwavering passion for widening patient access to medicine in Africa and expanding the clinical trial footprint accordingly. 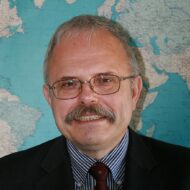 Lembit Rägo, MD, PhD, graduated from the Medical Faculty of Tartu University (Estonia) in 1979. He was Professor of Pharmacology and Clinical Pharmacology at Tartu University 1983—1999. He is also a founder of the Estonian Drug Regulatory Authority, the State Agency of Medicines and its first Director General 1991—1999.

In December 1999, he joined the World Health Organization (WHO) Headquarters in Geneva as Coordinator of the Quality Assurance and Safety of Medicines (QSM) team. In 2001 he started the WHO Medicines Prequalification Programme, which does the regulatory assessment of products for purchase by UN-funded programmes. At WHO he led work to strengthen regulatory systems including combatting falsified medicines, and the development of pharmacovigilance and regulatory networks in Low- and Middle Income Countries. In September 2013, he was appointed as Head of the newly formed WHO unit for Regulation of Medicines and Other Health Technologies, which, for the first time in WHO history, combined all regulatory activities for medicines, vaccines and diagnostics in one unit including development of norms and standards, safety surveillance, prequalification of medical products, and regulatory systems strengthening.

Lembit Rägo MD, PhD was born in Tartu, Estonia, in 1955. From 1992 to 1999, he was Professor of Clinical Pharmacology at Tartu University. He was the founder and first Director General of the Estonian regulator, the State Agency of Medicines (1991-1999). In December 1999, he joined the WHO Headquarters in Geneva. During 2000-2001, Dr Rägo laid the foundation for the WHO Prequalification of Medicines Programme. Since then the Programme has been the key to getting quality medicines to millions of HIV/AIDS, malaria and tuberculosis patients in developing countries. During his stay in WHO he was also actively involved in creating norms and standards, strengthening regulatory systems and pharmacovigilance. From September 2013, Dr Rägo served as Director and Head of WHO’s newly formed big unit, Regulation of Medicines and Other Health Technologies (RHT), which for the first time in WHO history combined all regulatory issues related to medicines, biologicals including vaccines, and medical devices, into one single unit. In April 2016 he was appointed Secretary-General of Council for International Organizations of Medical Sciences (CIOMS, located in Geneva, Switzerland). Today CIOMS runs many different technical Working Groups related to medical products development, safety and bioethics.