New Developments for Clean Sport and Society
The pharmaceutical and anti-doping communities are preparing to meet in Tokyo on Wednesday 28 January 2015 for the Second International Conference on the Pharmaceutical Industry and the Fight against Doping: New Developments for Clean Sport and Society.
The Conference – which follows on from the ground-breaking inaugural event in Paris in November 2012 – will see representatives from across the pharmaceutical and anti-doping communities convene to explore ways to help protect the rights of clean athletes and to restrict the abuse of licensed and unlicensed medicines.
The Conference will be co-hosted by the World Anti-Doping Agency (WADA), the Ministry of Education, Culture, Sports, Science and Technology of Japanese Government (MEXT), the Japan Anti-Doping Agency (JADA) and UNESCO and will include discussions on a number of topics, including:
Societal and economic risks of doping
Challenges in anti-doping and the role of the Biopharmaceutical Industry
Collaborative perspectives for the Biopharmaceutical Industry and anti-doping authorities in the future
Supported by:
International Federation of Pharmaceutical Manufacturers & Associations (IFPMA)
The Federation of Pharmaceutical Manufacturers‘ Associations of JAPAN (FPMAJ)
Japan Pharmaceutical Manufacturers Association (JPMA) 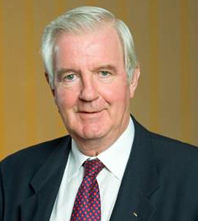 On November 15, 2013, the final day of the Fourth World Conference on Doping in Sport in Johannesburg, South Africa, the Foundation Board elected Sir Craig Reedie as WADA’s third President, representing the sport movement. His three-year term began on January 1, 2014.

A former President of the Scottish Badminton Union and the International Badminton Federation, Sir Craig was responsible for the admission of his sport to the Olympic Programme in 1985. In 1992 he became Chairman of the British Olympic Association and led the organization through the Olympic Games of Atlanta, Sydney and Athens, and the Olympic Winter Games of Lillehammer, Nagano and Salt Lake City.

Sir Reedie has been involved with WADA since the beginning, having served as Chairman of the Finance and Administration Committee since the organization’s formation in 1999 and having been a member of both WADA’s Executive Committee and Foundation Boards.

Educated at Stirling High School and Glasgow University he has also held other sports appointments including membership and Deputy Chairmanship of UK Sport. For many years he was Senior Partner in the Glasgow Firm of Financial Advisers D.L.Bloomer and Partners.