The Biotechnology Innovation Organization (BIO), the Developing Countries Vaccine Manufacturers Network (DCVMN) and the International Federation of Pharmaceutical Manufacturers and Associations (IFPMA) are all COVID-19 vaccine manufacturers partners of COVAX. The press briefing, hosted by IFPMA, took stock of the progress achieved in developing and scaling up COVID-19 vaccines production, and addressed the challenges that need to be tackled to achieve equitable access to COVID-19 vaccines. 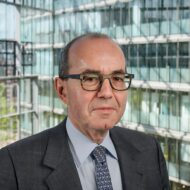 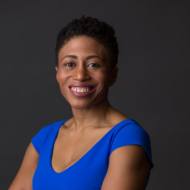 Michelle McMurry-Heath assumed the leadership of the Biotechnology Innovation Organization (BIO) as President and CEO on June 1, 2020. A medical doctor and molecular immunologist by training, Dr. McMurry-Heath becomes just the third chief executive to steward the world’s largest biotechnology advocacy group since BIO’s founding in 1993.

The common thread in McMurry-Heath’s work across academia, government and industry has been her focus on broadening access to scientific progress so more patients from diverse backgrounds can benefit from cutting-edge innovation. Driven by her own past family experiences navigating clinical trials and funding uncertainties within the rare disease community, McMurry-Heath calls “the distribution of scientific progress the social justice issue of our age.”

She comes to BIO from Johnson & Johnson where she served as Global Head of Evidence Generation for Medical Device Companies and then Vice President of Global External Innovation and Global Leader for Regulatory Sciences. She was also instrumental in bringing J&J’s incubator, JLabs, to Washington, DC. She led a global team of 900 with responsibilities in 150 countries around the globe.

Prior to her time at J&J, Dr. McMurry-Heath was also a key science policy leader in government. The Obama-Biden transition team tapped her to conduct a comprehensive analysis of the National Science Foundation’s policies, programs and personnel. President Obama then named her associate science director of the FDA’s Center for Devices and Radiological Health under Commissioner Peggy Hamburg. In that role, she championed clinical trial evolution, the use of real-world evidence in product evaluation, and an embrace of the patient’s voice in health research so new medical products deliver outcomes that matter to them.

McMurry-Heath was the founding director of the Aspen Institute’s Health, Biomedical Science, and Society Policy Program, where she promoted personalized medicine and bolstered international preparation for pandemic disease threats. She received her early training in science policy from the Robert Wood Johnson Foundation and later served as Senator Joe Lieberman’s top legislative aide for science and health. In that role, she drafted legislation to protect the country from biological attacks.

McMurry-Heath received her MD/PhD from Duke’s Medical Scientist Training Program, becoming the first African-American to graduate from the prestigious program. She spent 12 years working at the research bench before taking policy and leadership roles in government and industry. 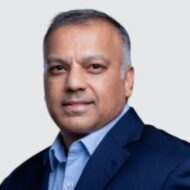 Sai Prasad is the Executive Director of Quality Operations at Bharat Biotech. In his current role, he oversees all aspects of quality management including quality assurance, control, and management systems and is responsible for product development and commercialisation of vaccines and biologics. He has 25 years of experience in management, biotechnology, good manufacturing practice, operations and quality management.

Previously, Mr Prasad was the Director of Molecular Otolaryngology Research Laboratories at the University of Iowa (USA). In his previous role, as the Vice President for Business Development and Corporate Strategy at Bharat Biotech International Ltd, he handled operational and strategic activities ranging from product development, innovation to corporate expansion. 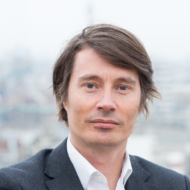 Rasmus is a globally recognised expert on scientific information and knowledge dissemination. He spent his earlier career as a Fortune500 strategist. Rasmus is a strong believer in the power of accurate information and new ideas – he founded his first, short lived, newspaper at the age of 13 – a passion that drove him to found Airfinity.

As CEO of Airfinity he is often quoted in leading media companies such as Financial times, Bloomberg and CNN. He is a board member of the newspaper group, Information.dk. Rasmus holds a B.Sc. in Political Science, a MPA from Harvard University and is a recipient of the Crown Prince Frederic award for excellent scholarship. He lives in London.