COVID-19 diagnostics, treatments and vaccines: Progress achieved in 2020 and insights into 2021 and beyond. 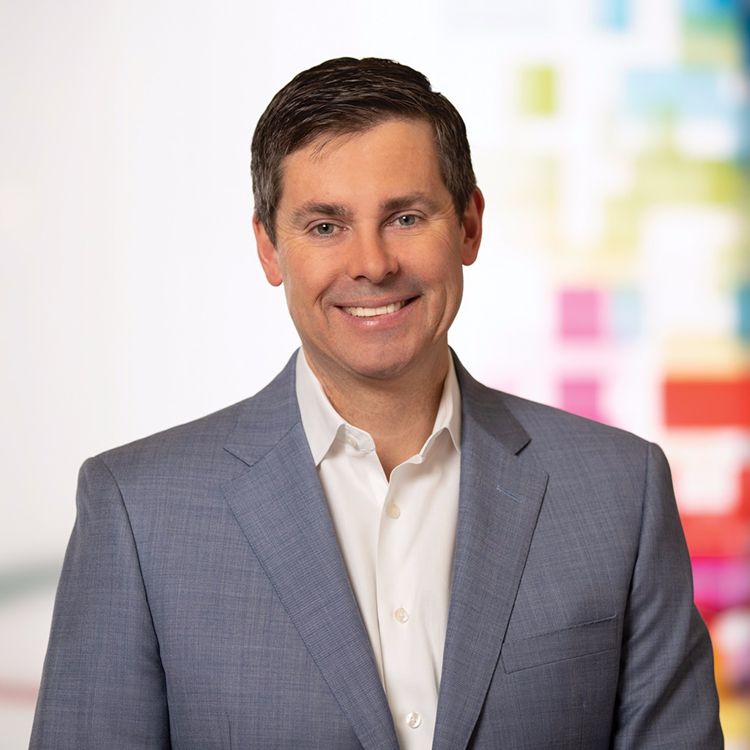 He was elected chairman of the company”s board effective June 2017.

A Lilly veteran for more than 20 years, Dave served as president of Lilly BioMedicines from 2012 to 2016. Previously, he was president of Lilly USA, the company’s largest affiliate, from 2009 to 2012. He served as president and general manager of Lilly China, operating in one of the world’s fastest-growing emerging markets, from 2008 to 2009. And he was general manager of Lilly Canada from 2005 to 2008, after roles as director of pharmaceutical marketing and national sales director in that country.

Dave joined Lilly in 1996 as a business development associate and held several management roles in U.S. marketing and sales before moving to Lilly Canada. Dave earned a bachelor of science degree from Purdue University in 1990 and a master of business administration degree from Indiana University in 1996.

Dave is president of the International Federation of Pharmaceutical Manufacturers & Associations IIFPMA. He serves as chairman-elect of the board of Pharmaceutical Research and Manufacturers of America PhRMA. Dave is also on the boards of the Central Indiana Corporate Partnership and Adobe. He chairs the Riley Children ‘s Foundation Board of Governors. 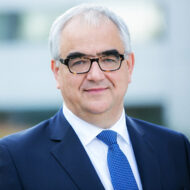 Paul Stoffels is a visionary leader who inspires and drives transformational innovation to bring years of life and quality of life to millions of people around the world.

Paul spearheads the Johnson & Johnson research and product pipeline by leading teams across all our sectors to set the companywide innovation agenda, discovering and developing transformational healthcare solutions. He also is responsible for the safety of all products of the Johnson & Johnson Family of Companies worldwide, and steers the company’s global public health strategy to make innovative medicines and technologies accessible in the world’s most vulnerable communities and resource-poor settings.

Paul’s commitment to fueling innovation and finding the best science, wherever it exists, is the driving force behind the launch of Johnson & Johnson Innovation in 2013, which he now leads to foster science and technology through strategic partnerships, licensing and acquisitions. Paul also oversees JJDC, the oldest corporate venture fund in the life science industry.

Previously, in his role as Worldwide Chairman, Pharmaceuticals, Paul led the transformation of the pharmaceutical research and development pipeline for Janssen Pharmaceutical Companies of Johnson & Johnson, driving a fundamental shift in the R&D paradigm that is now a model in the industry for productivity and innovation. Under his leadership, Janssen rejuvenated its pipeline, launching multiple new medicines and making a difference for people all over the world.

Prior to this, Paul held various R&D leadership roles within the pharmaceutical sector of Johnson & Johnson. He joined Johnson & Johnson in 2002 with the acquisition of Virco and Tibotec, where he was Chief Executive Officer of Virco and Chairman of Tibotec, and led the development of several breakthrough products for the treatment of HIV that helped to transform this devastating disease from a death sentence to a chronic and treatable condition.
Paul studied Medicine at the University of Diepenbeek and the University of Antwerp in Belgium and Infectious Diseases and Tropical Medicine at the Institute of Tropical Medicine in Antwerp, Belgium.

He began his career as a physician in Africa, focusing on HIV and tropical diseases research. 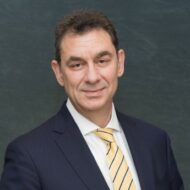 Prior, he was president of Established Products business. He is a Doctor of Veterinary Medicine and joined Pfizer in 1993 in the Animal Health division.

In 2020, Dr. Bourla was ranked America’s top CEO in the pharmaceuticals sector by Institutional Investor magazine. He is on the executive committee of the Partnership for New York City, a trustee of the US Council for International Business, and a director on multiple boards, including Pfizer Inc., the Pfizer Foundation, PhRMA, and Catalyst. 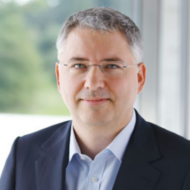 He joined Roche as a trainee in 1993 and has stayed with the company ever since. He is fascinated with Roche because “we can literally save millions of lives and improve the quality of life of millions of patients and their families”.
Severin Schwan was born in 1967 and is an Austrian citizen. After obtaining a degree in economics and a doctorate in law, Schwan began his career in 1993 at Roche Basel as a finance officer. 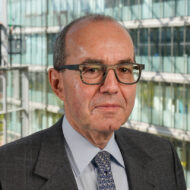 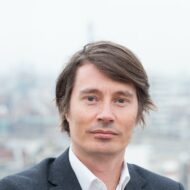 Rasmus is globally recognised expert on scientific information and knowledge dissemination. He has a background as Fortune500 strategist.

He is a strong believer in the power of accurate information and new ideas – he founded his first, short lived, newspaper at the age of 13 – a passion that drove him to much later in life found Airfinity.

As CEO of Airfinity he is often quoted in leading media companies such as the Financial Times, Bloomberg, CNN and the New York Times. He is a board member of a European newspaper, Information.dk.

He holds a B.Sc. in Political Science, a MPA from Harvard University and is a recipient of the Crown Prince Frederic award for excellent scholarship. He lives in London.